I sadly missed Zombtober this year due to, yes you guessed it, my real life work pressures plus a much needed two week break in the sun.  However this weekend I will be hosting a huge zombie participation game at Uncon 4.0, the Unconventional Convention - a weekend filled to the rafters with board games, war games, VR, RPGs and many more.  I'll post pics next week!


Onto my continued adoration of the game - Tail Feathers. So far I've shown you the flying units for this fantastic little game.  Now to move onto the ground troops.

While not individually as powerful as their avian allies, ground troops are definitely game winners and get to perform "missions".  This mechanic of the game makes the "infantry" an integral part of your force.

Firstly for the Downwood Militia.  In the Tail Feathers box you get, for the "good guys", the Oakguard. This unit of mouse rangers are excellent archers and nimble as you like if a little fragile in melee. 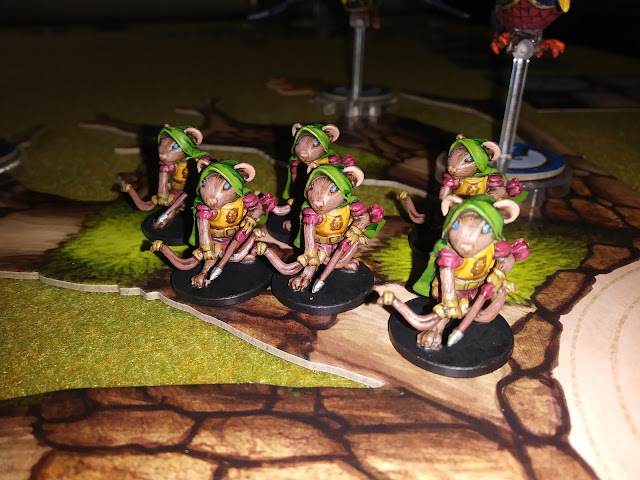 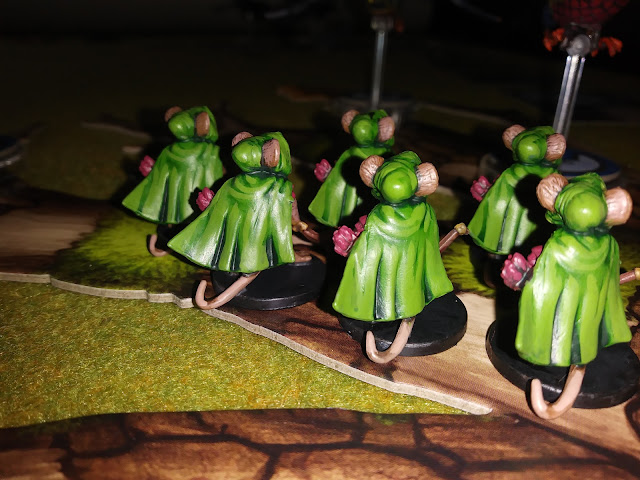 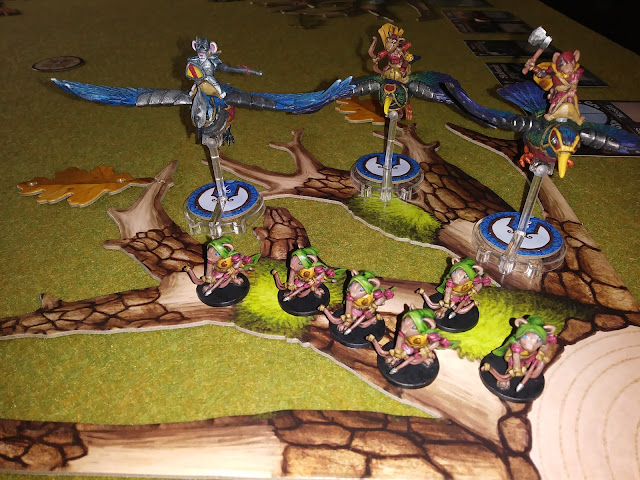 I painted their armour in reds and yellows to match that of the rest of the militia and finished them with a fairly standard green cloak.

Next up is the Vermin Raiders.  From the core box set you get Snag's Commandos, a bunch of tough Rat Warriors armed with crossbows.  These crack troops were painted up in the green and grey/blues that I used in the flying troops to give a sense of cohesion.  I was tempted to go with blacks and greys but I think these look really nice. 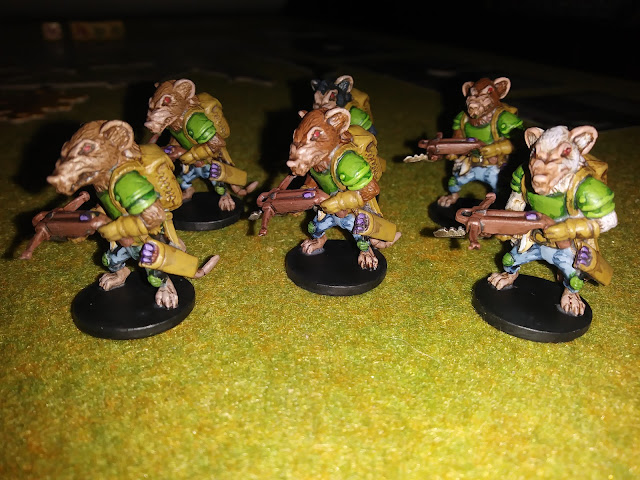 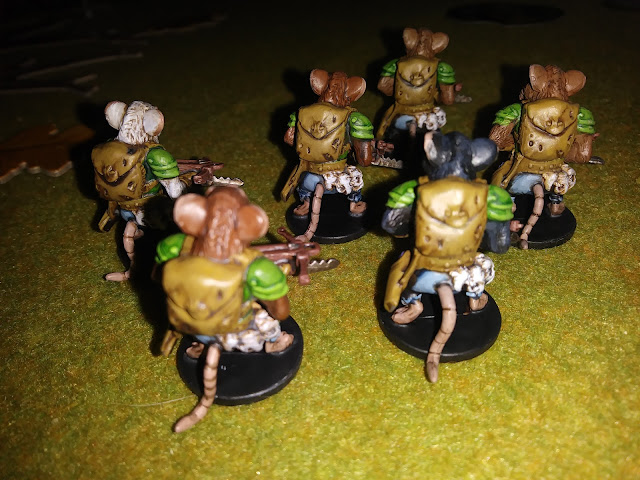 You also get a Rat Hero - Staborah.  Staborah is the daughter of Snag, the Rat General and is very much an assassin/saboteur type model.  Heroes are more powerful archtypes and can operate on their own.  Staborah is in the obligatory dark colours to represent her shady abilities. 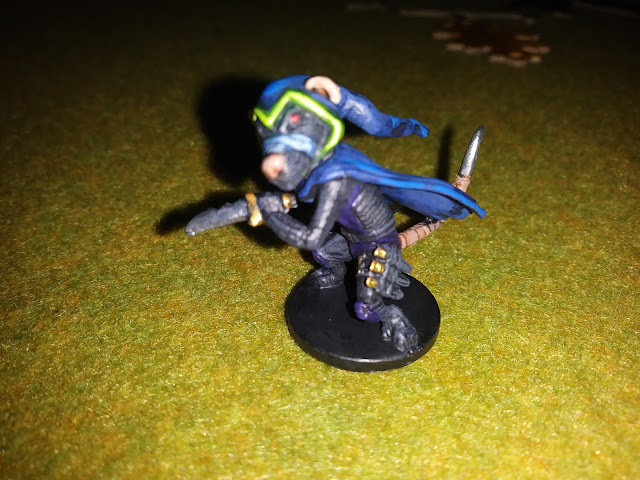 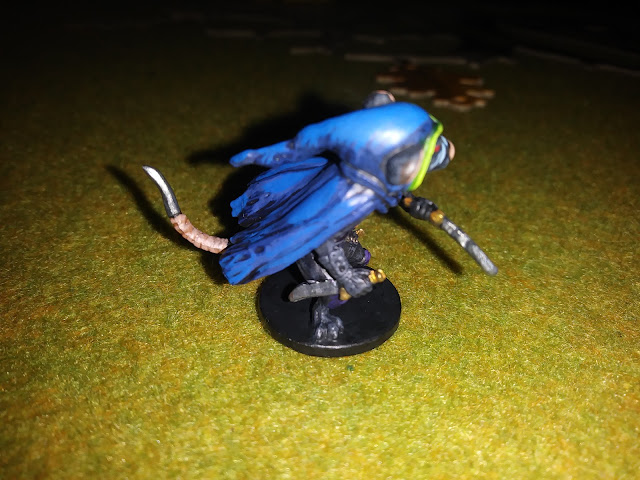 Another nice quality of Tail Feathers is that it is fully compatible with the RPG Mice & Mystics and the box comes with cards so that the miniatures from M&M can supplement Tail Feathers.  For the Downwood Militia it means being able to recruit Prince Colin and friends. 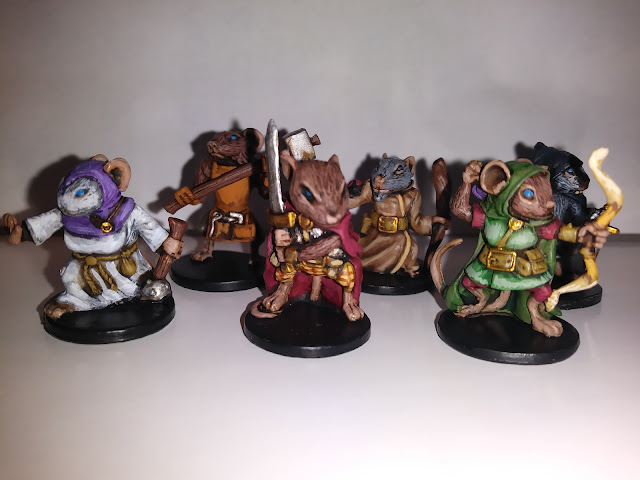 And for the Vemin Raiders, you can use the creatures such as the spider, centipede and other critters. 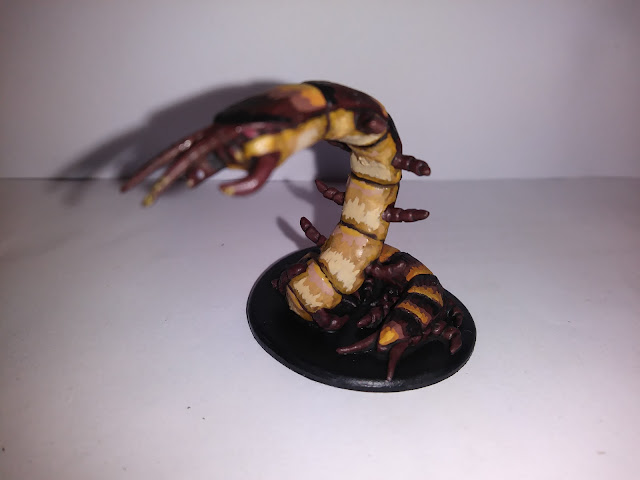 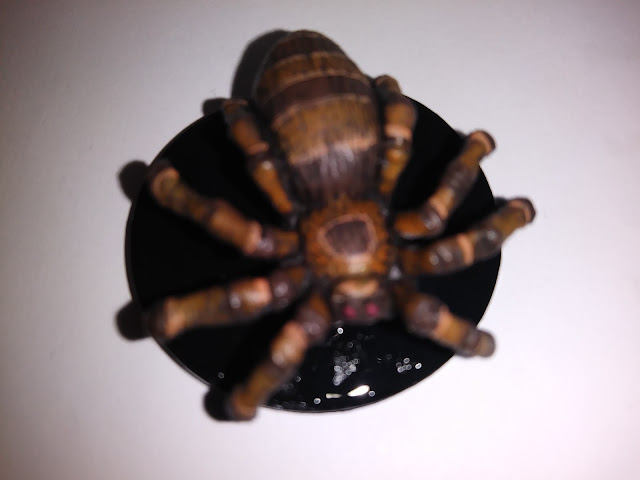 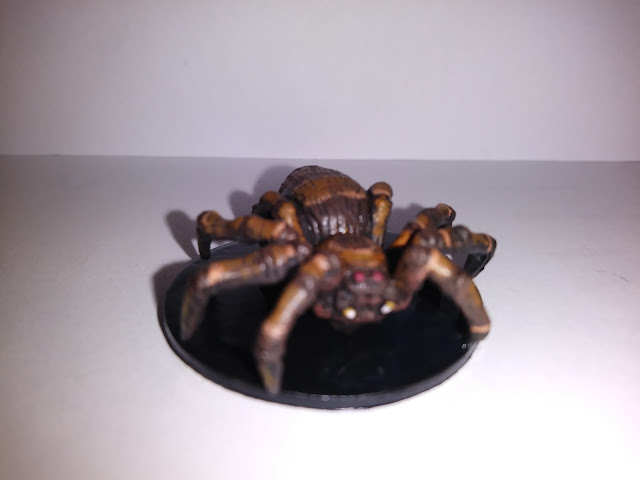 My only gripe about this game so far is the distinct lack of expansions!  I would love to see bats, sparrows, robins and other avian creatures as well as more types of ground troops.  Other factions would also be awesome!

next time I will review the game as I've now managed to get a couple of games.
hope you enjoy
dGG
Posted by Da Gobbo at 00:09