Slowly, the green clad bushi made his way across the bare rock floor of the dank, gloomy cave.  Weak light from a flickering brazier, barely illuminated the path toward the stone dais and Ji, a third level Temple Asp, picked his steps carefully through the sacred serpents that littered the floor.  To step on one of Orochi's favoured creatures would invite Ji's instant sacrifice to the Snake Kami. 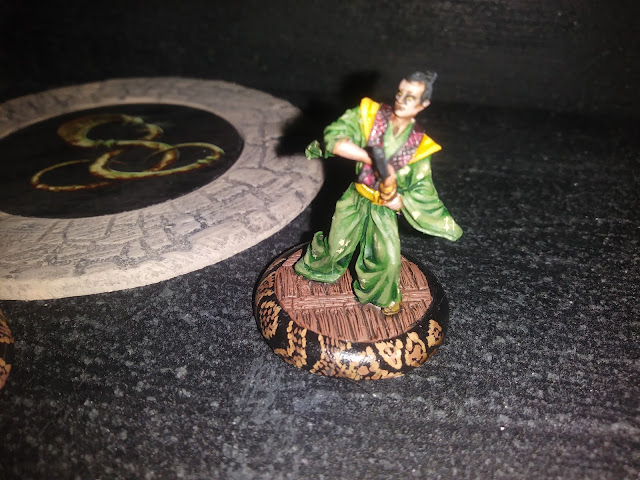 Reaching the first step that led to the rough hewn altar, Ji drew a shaky breath.  His news was grave and he was terrified that the Mother would react poorly to his report. Before he could calm his nerves however, he heard a soft slithering that marked the presence of one of the Hebi.  Ji dropped into a submissive bow, shuddering as he was instantly eye level with dozens of deadly vipers. Still, he pressed his forehead to the cold, moist floor, eyes averted from the majesty of the Mother as she entered the chamber.
"Report..." a soft, seductive voice tinged with a sibilant hissing whispered from the darkness.
Clearing his throat, Ji croaked a barely audible prayer to Orachi for his blessing.  Before he could continue, the voice grew harder and tinged with power, lashing at the petrified Asp like a snake's flickering tongue.
"Do not implore my husband for his protection!" the voice snapped "It is I who will decide your fate.  Now begin your report!" Ki laced the command, driving through the bushi's terror clogged mind and forcing the words through lips stiffened with fear.  Ji felt his head come up from the submissive stance and behold the glorious fury of the Mother. 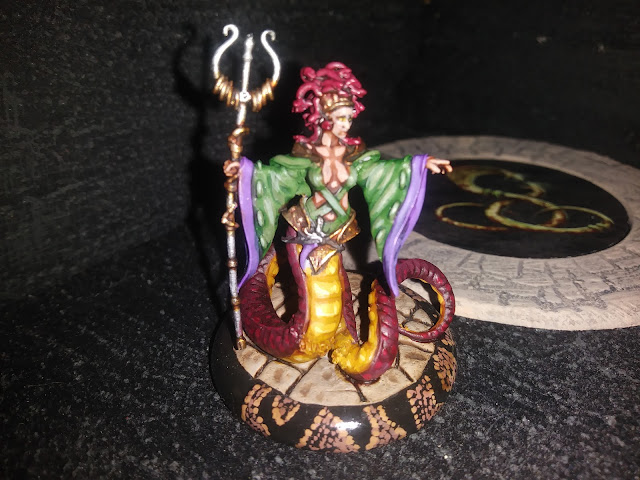 Mizuki Ito, once famed for her beauty and courted by dozens of samurai across the Jwar Isles, was now transformed into a bride of Orachi.  Her human half still retained the classic lines of nobility that had drawn the attention of her many suitors, albeit her hair replaced by a nest of vipers that writhed and spat as if separate from her head. Her lower half resembled that of an enormous snake, glistening red scales glinting in the pale light and coiled underneath her.
"The Prefecture, Mother.  The Prefecture are coming..." babbled Ji in a panic.
"This I know fool! we seek alliance with them." The Shugenja shrieked.
Ji threw himself back into the submissive pose, trembling in such great fear that his whole body shook.
"No Mother you are mistaken, they are arrayed for war.  They seek a fight!" 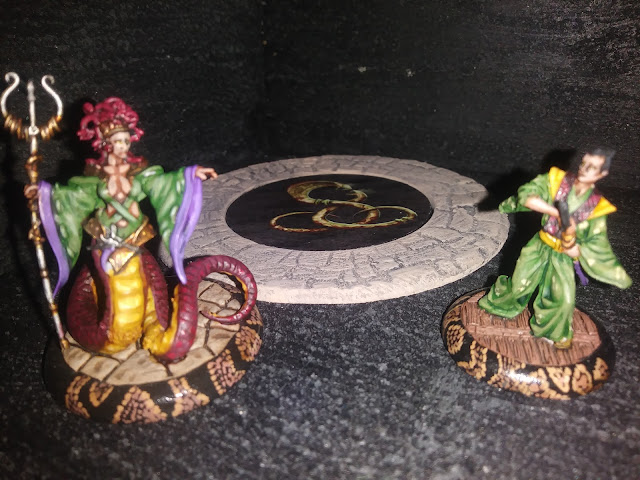