managed to paint a miniature this week in between assignments.  When I made a recent purchase of some rather lovely miniatures for my daughter,s D&D campaign, I received an unexpected surprise in the form of a freebie.


Sculpted by Kev White of Hasslefree Miniatures fame and billed as "Barbaric Liralith, a dark elf chick with her pet spider", she has been painted up in pale flesh tones, brilliantly I'll add by Inge Jensen and Jay Berezowsky on the website and she looks fantastic.  However I decided to go a different way, I decided to rebrand her as Lilliath and paint her up as a Drow Elf! 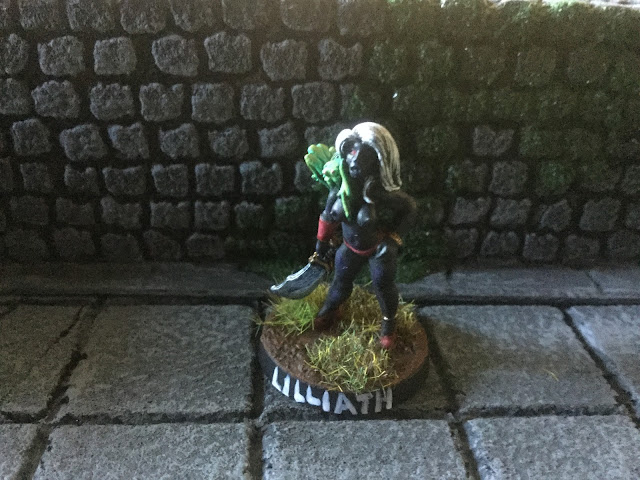 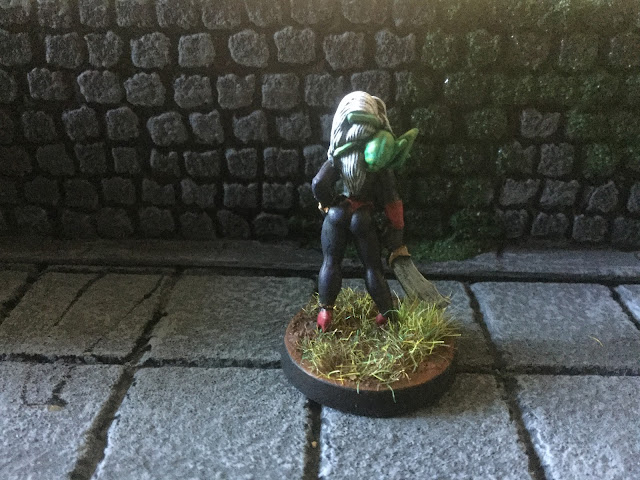 Drow Elves are the dark cousins of the surface elves in the "Forgotten Realms" body of work currently supported by the "Wizards of the Coast" who purchased the D&D franchise as well as many others.  Drow represent the dark, sinister side of the faerie race of elves and live deep under the surface of Toril in the lightless tunnels of the "Underdark".  Worshipping the Spider Queen - Lloth, they have a reverence for the 8 legged beasts and live under a fierce matriachal society where the females are often stronger, certainly more powerful and definitely more evil than the males.

Using the drow then as my muse, I painted her up in deep blue/black skin tones which aren't really evident in my photos.  I also painted her eyes red to reflect her being underground with her infravision, but for some reason I grassed the base?!? i guess some habits are hard to break.....