I've had quite a bit of time off recently, so have managed to get loads of stuff done in between uni assignments (or instead of... ;-P) hence the prolific blogging as well. I keep trying to stick to twice a week but the draft posts are piling up!

As part of my hospital project I got some figs from Grekwood miniatures. I basically bought their entire range.... Oops! Prior to this purchase though I only had two patients and three nurses, hardly enough for a hospital setting so I can't really be blamed for splurging.  So here we have the zombie part of the bundle, I'm yet to finish the beds so they will feature in a later post. 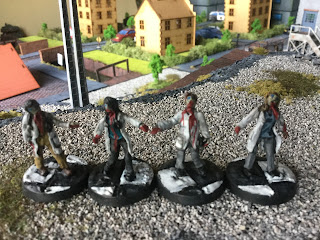 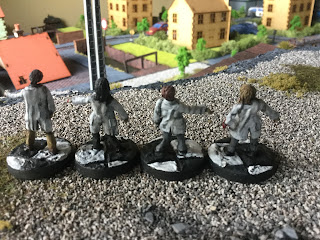 First up we have the doctors in white coats, these senior folks are more likely to be monitoring paperwork rather than patients. Guiding their more junior colleagues in their everyday tasks. 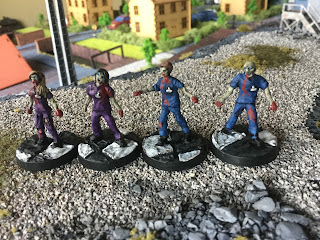 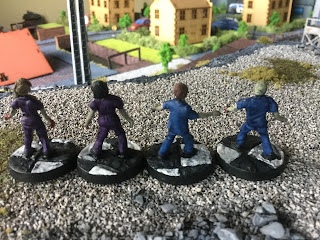 Next up we have the doctors in scrubs, these guys can be found on the emergency floors and surgeries at the sharp end! 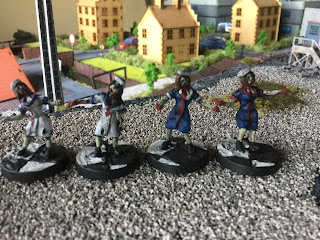 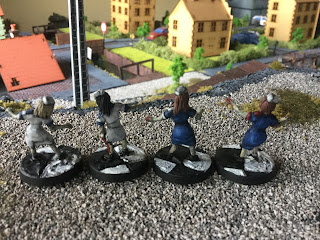 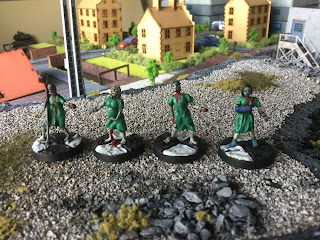 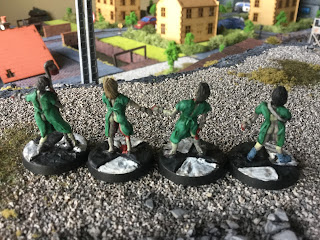 Lastly we have the patients. Unable to run at the outbreak of the zombie virus due to their ailments, they were among the first to become infected.

My fave sculpt is the pregnant lady, very creepy! Note the gross trickle of blood, what kind of creature has she got in her tummy......