Started work on the baggage model over the last couple of days, I knew all those matchsticks I bought many years ago would come in handy!  I rummaged around in the ol' bitzbox and found a couple of really old imperial warhorses that can be turned into nags.... Also found a pouch of chariot/wagon wheels (sadly not the yummy chocolate kind) I'd bought way back for my chariot racing game in preperation of making a ton of wacky racers - cool!  I had the right ingredients for a pretty decent model that will be a great centre piece for the "ambush/raid" scenario I'm planning for the Skull Island campaign.  Will be painting it over the weekend I hope.  As well as that in order to try and get my High Elf painting back on track I've drybrushed all 20 of my spearmen in one sitting, should be able to bang them out over the next week in time to hold off Rich's troops in battle 2 of the campaign - Forced Landing.  I've uploaded the scenario onto the BR page and will update it with army lists and the results soon.  The elves will be led by Prince Andris's able advisor and lifelong friend Webril Feylight 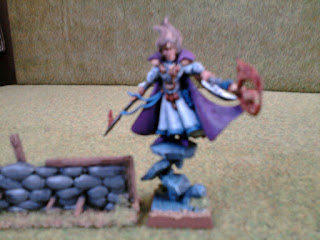 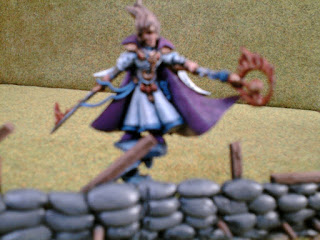