On to the next floor of my "Winchester" build - the second floor (third if you're from the US).  Again we don't get to see this part of the building in the film so I've got free rein to do what I want to do.  Obviously there needs to be bedrooms and a bathroom but the layout is my choice. I started with some of the smaller detail in this case, the beds and back made with the blue foam and a bit of paper I've come up with this... 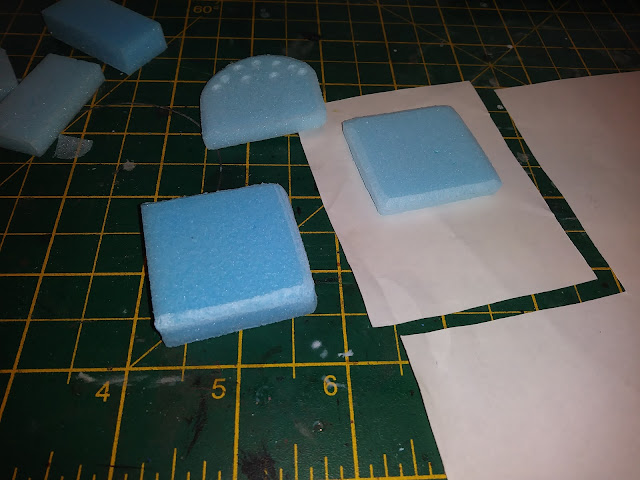 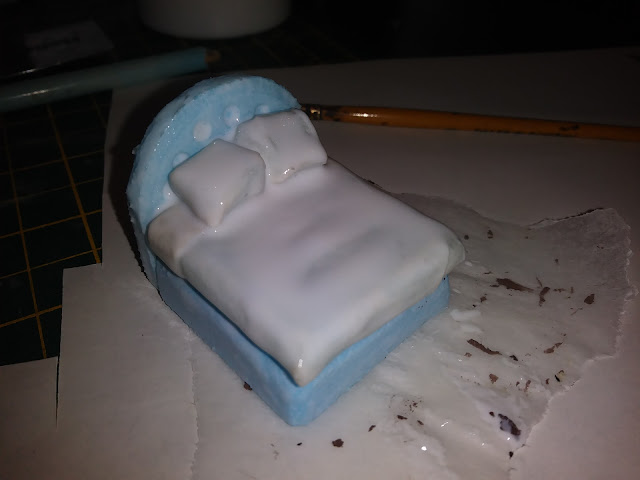 This then was made into a mould with my "Blustuff", again my apologies as I didn't take any WiP photos so you can see them.  The bed moulds went better than my kitchen ones did and have come out halfway decent - lets say Year 7 art project rather than 4.  I also made single beds and wardrobes as well as a bedside table - these didn't come out quite so well, but still usable.

While this was going on I cut a square of blue foam for the floor and cut a hole for the stairs to come through.  I stuck with the same carpeting pattern as the previous floor but changed the "wall paper".  Again I used a tile effect for the bathroom. 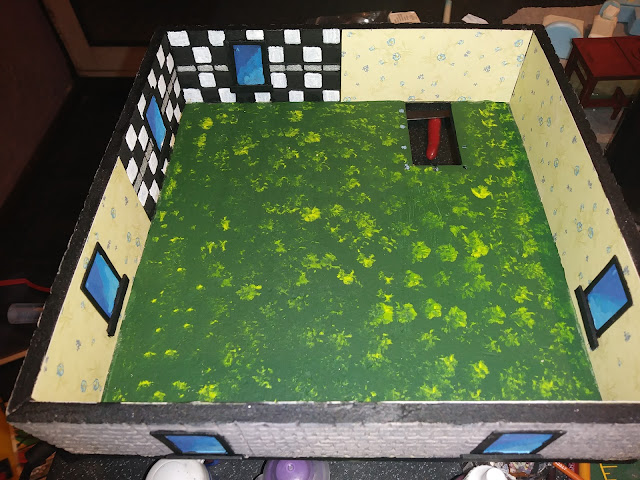 Obviously I couldn't just have the stairs appear from the floor so made a matchstick and coffee stirrer balcony for the landing. 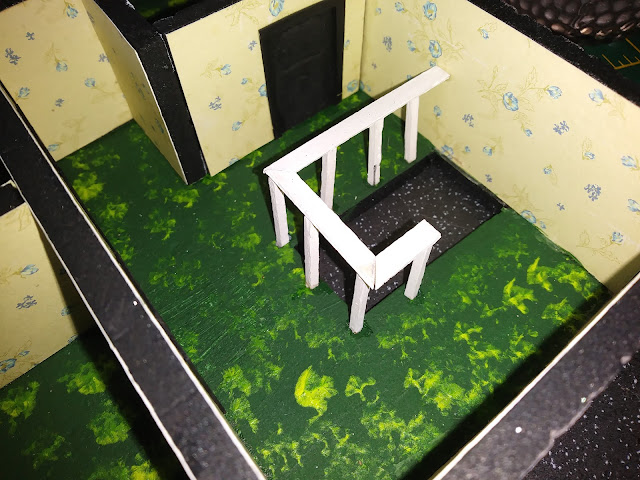 I also crafted some bathroom furniture out of blu foam and moulded it. 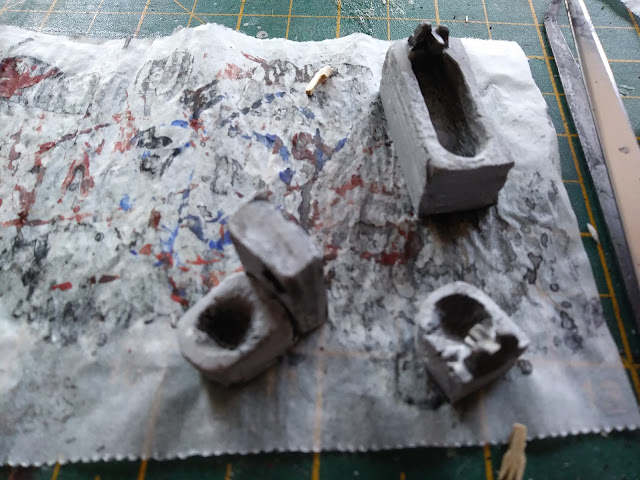 Add in towels made from kitchen towel soaked in cheap red paint. 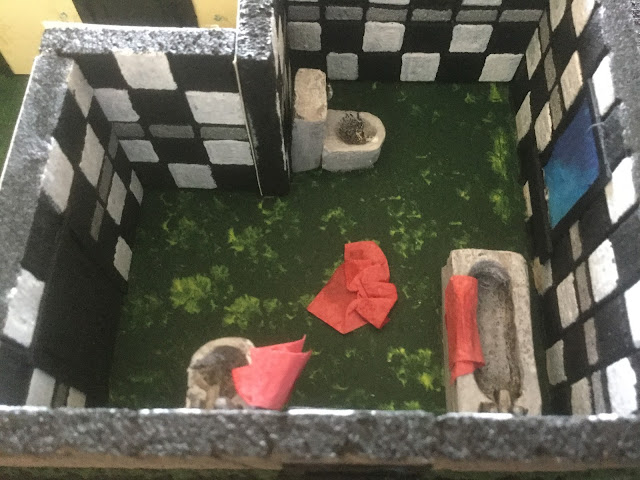 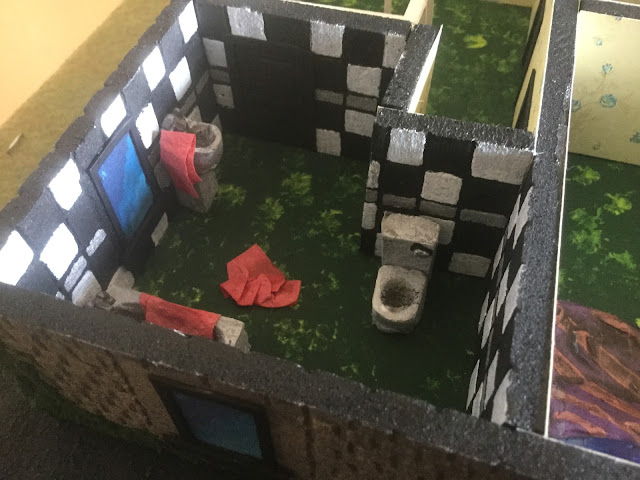 In the master bedroom is the wardrobe made from Das and there is the bed from the mould. 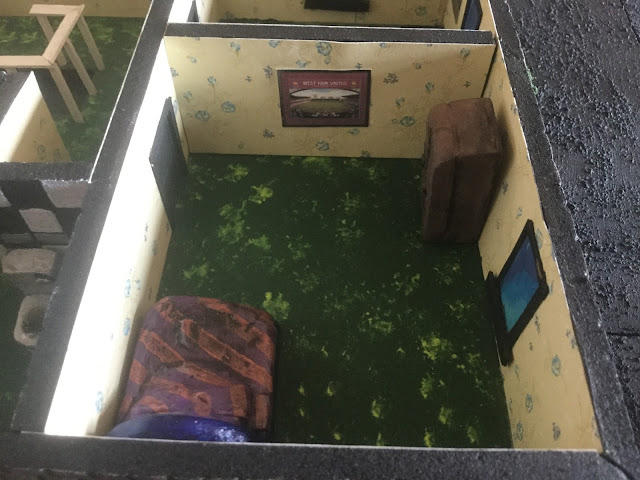 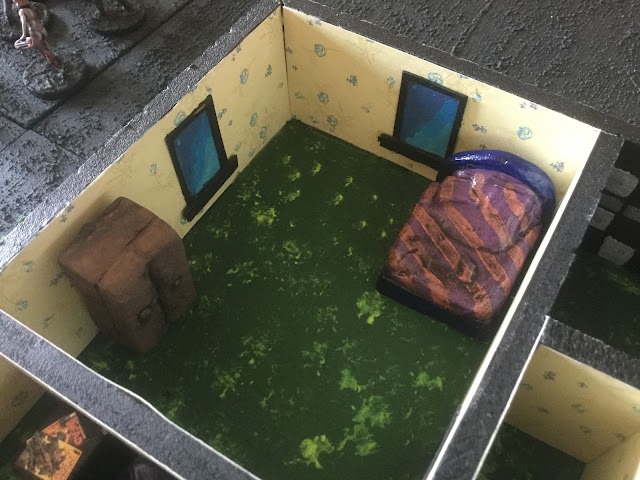 The second bedroom is a younger persons, note the music posters and a wanted poster for a certain Gobbo and more "Walking Dead" comics. 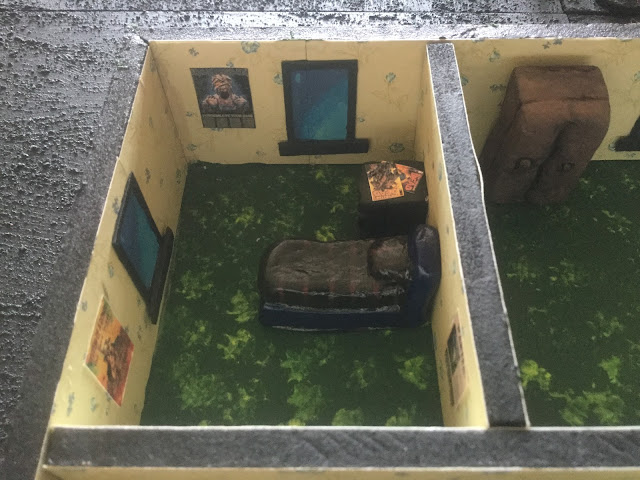 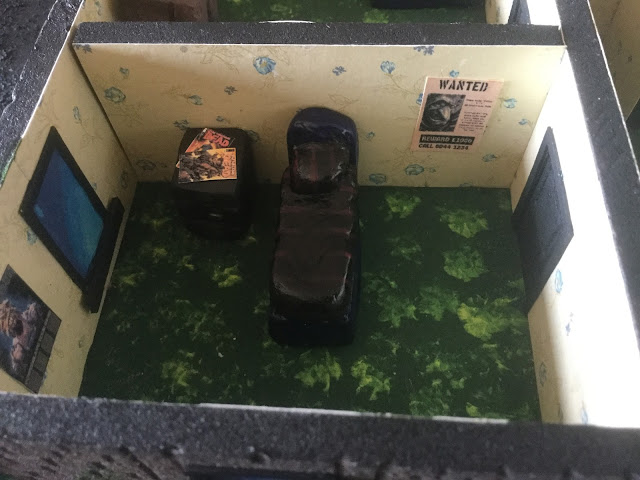 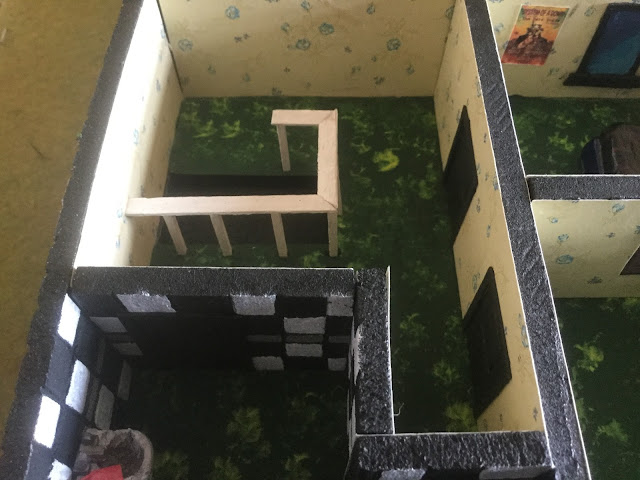 and finally the overall view of the second floor... 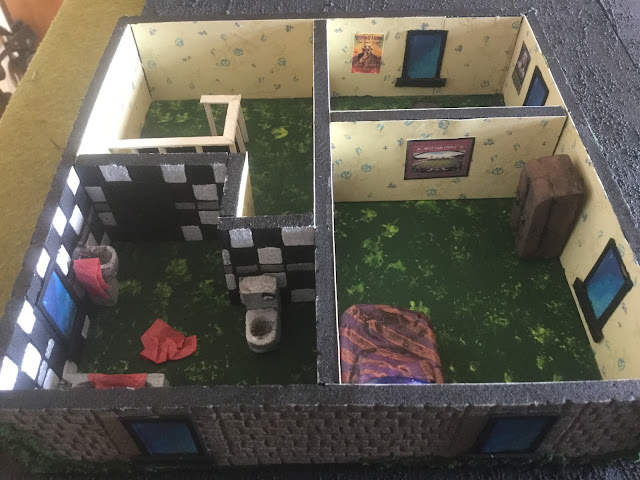 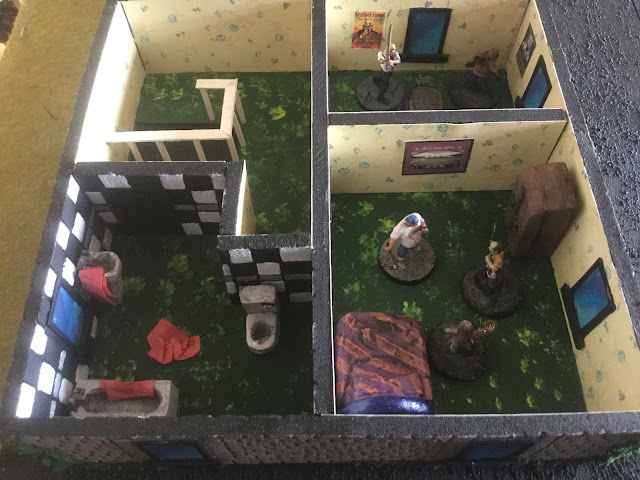 Email ThisBlogThis!Share to TwitterShare to FacebookShare to Pinterest
Labels: the Winchester, urban project