another Bushido post, although these statues could be used in a number of settings.  Although I have built a couple of boards for Bushido and have two more planned (when I can find the time...) I have very little scatter terrain to decorate them and for those sneaky ninjas to duck lurk behind.

When I was at Broadside earlier this year I managed to grab a couple of "Ainsty's" blisters from Col. Bills, I had no specific use for them but they were clearly oriental in origin and would fit my Bushido collection somewhere.  Due to painting commitments and other projects they slipped further and further down the painting queue until they dropped off and ended up in my storage (for shame!).

Anyhoo, I was having a root around the other day, thinking about the next board that I'm going to plan when I stumbled across them again and here they are. 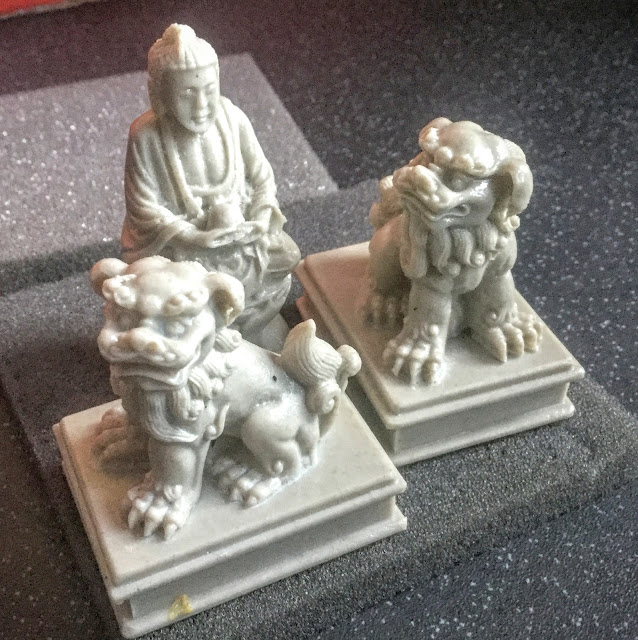 As you can see I got the "Buddha Statue" which I think was £4 and the "Temple Dogs" which were £6 for a pack of two.  After giving them a quick scrub, I sprayed them with a cheap grey primer.  I then liberally coated them with Vallejo "Medium Sea Grey" before washing them first in a very, very watered GW "Nihilakh Oxide" and then a generous coat of Army Painter "Strong Tone".  I then gave then a drybrush of the base coat.

I wanted the Temple Dogs to have the suggestion that they could animate in the manner of the Oki Shisha.  This is the blurb from the GCT website,  there is a use for Oki Shisha in Bushido and they can be a part of the Temple of Ro-Kan faction....

The defence of the oldest temples and most sacred shrines is often entrusted to the great Oki Shisa. Mountains of ever watchful stone, still and silent for decades but always ready. None know how many Oki Shisa there are but these holy wardens are the bane of those who would attempt to manipulate their Ki against the Temple or hold sway over the land. The enchantments that gift the Shisa protection also imbue the stone with a keenness akin to a Masamune blade.


With that in mind I painted the eyes of the statues with GW "Teclis Blue" and highlighted with GW "Lothern Blue" and then a further pure white highlight. However I wanted to make them look like they were glowing so I tried my hand at light sourcing again.  Using extremely watered down paint consisting of a mixture of the two blue colours I built up some very thin layers around the upper most surfaces that would be hit by the light of the glowing eyes.  As light travels in straight lines in meant that any surface that was tucked away would not be glazed (if that makes sense?).  Any mistakes were quickly corrected when I applied the finer highlights on the stone faces with a lightened base colour. 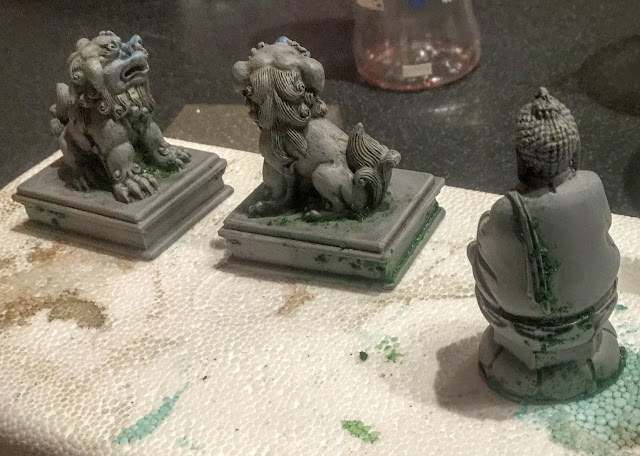 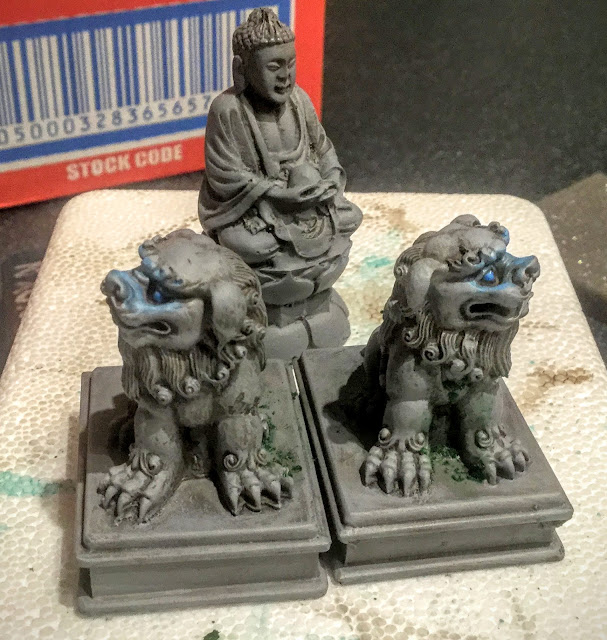 Now I know that they aren't made up of the same sandstone that my Temple board consists of but I wanted these to fit into multiple settings, so I stuck to the more traditional greyish look (sorry Zab) 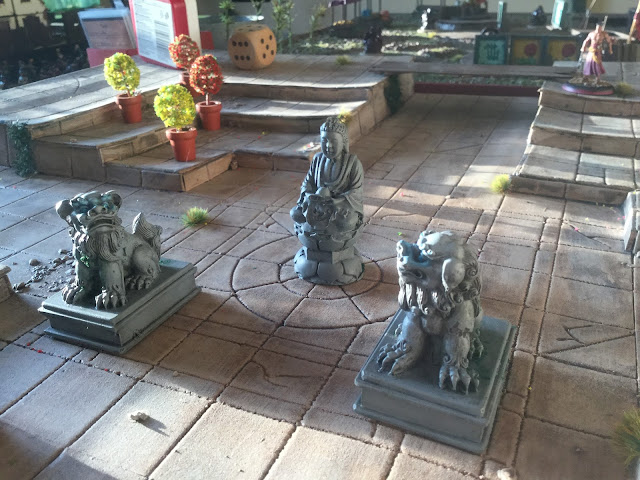 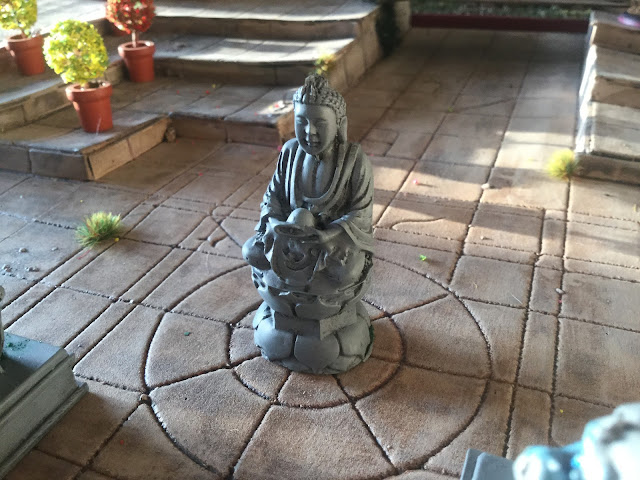 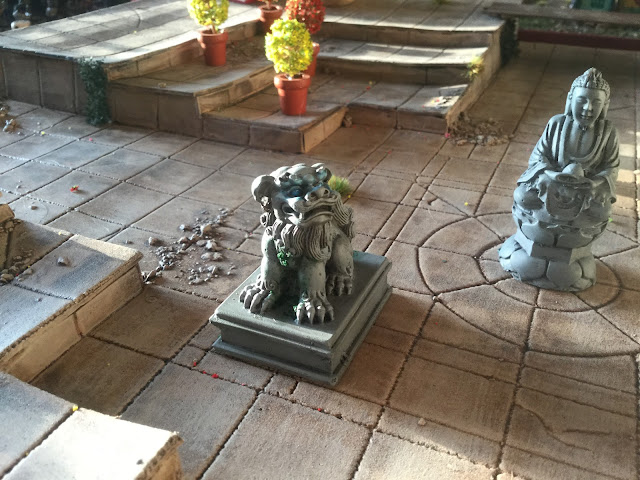 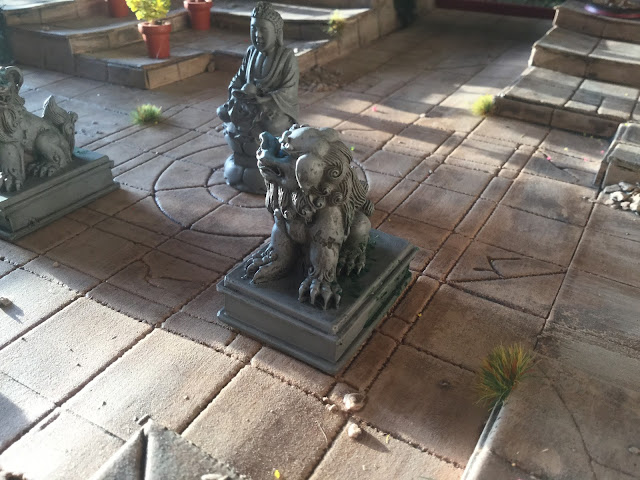