sorry but it's another Bushido post for my new faction the Jung Pirates, again taken from the models the boxed game "Docks of Ryu" and expansion of the Bushido Board Game "Rise of the Kage". These games I'm sure will be showcased by Damon 'Rulez' Carlton at a later date (hopefully on this blog if I can persuade him!).

A life on the waves makes you hard, bodies muscled and lean, the sway of the ocean becomes as natural as sitting under a tree. This is the life of Kohanin, their lives before swearing loyalty to the captain forgotten. Their crimes washed away as debris from a beach at high tide. More comfortable on deck than land, they are capable sailors and fighters, turning their weapons of labour into deadly instruments of battle in an instant.

These guys were also released as metal versions following the release of the board games so I post up, as previously the GCT version and special card followed by my own.

As a dual track model I can field more than one so I painted two!  They will be my workhorses, turning Idols and completing scenario objectives. 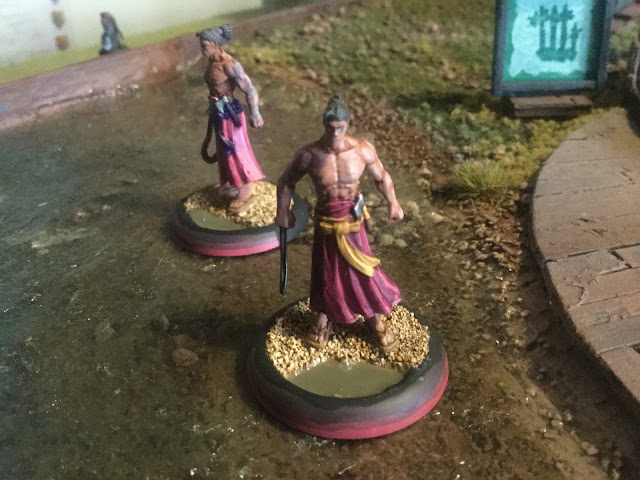 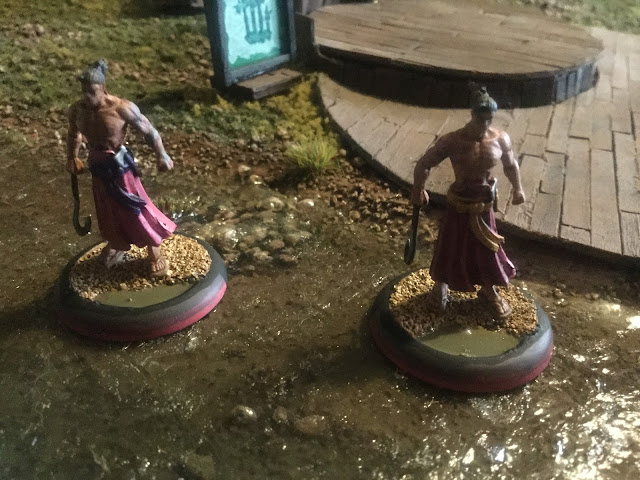 Email ThisBlogThis!Share to TwitterShare to FacebookShare to Pinterest
Labels: Bushido, Docks of Ryu, Jung Pirates, Kohanin, Rise of the Kage